Emma Gad was a journalist and a pioneering figure. She was born into a merchant family and in 1872 married into the military bourgeoisie. She had two children, one of whom was the film director Peter Urban, who became the husband of Asta Nielsen. Emma Gad’s home was a fashionable meeting place for radical and financial celebrities. As a popular comedy writer, she brought the most burning issues of the period to the stage – without causing any discord. She made her debut with Et Aftenbesøg (D), 1886, which was a success despite being daring. During the following thirty years, she wrote over twenty plays, which, written in a light, conversational style, strike a balance between the risky and the non-committal.

Her reputation, however, rests in particular on her two popular books on etiquette, Man skal aldrig, 1886, and Takt og Tone, 1918, which throughout the twentieth century became an important work conveying to the new middle class the bourgeois norms for conduct in everyday and society life. Takt og Tone was republished in 1975.

Lynn R. Wilkinson: "Marriage, remarriage, and other language games: Emma Gad’s "ægtestand" and "De unge drømme" and the comedy of remarriage" in: Orbis litterarum, vol. 63, no. 3, 2008 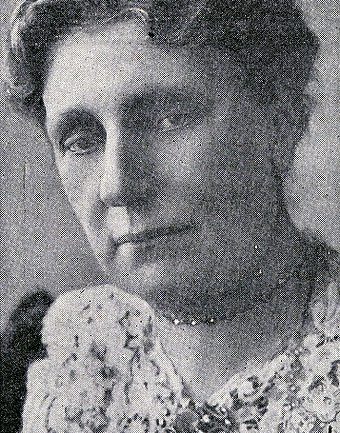