Ilia Marie Fibiger was the daughter of a captain and sister of the author Mathilde Fibiger, worked as a private tutor, and also earned a living by sewing and teaching in Copenhagen. From 1853 she was a night nurse at hospitals and from 1860 a foster mother for six children under the care of the poor-law authorities.

Her debut work Fortællinger for børn was published in 1853, and her debut work for adults, Tre Dramer, in 1857, which included historical dramas that had been rejected by the theatre directors. She wrote several collections of fairy-tales and a posthumously published collection of poems Digtninger, 1867. Her main work is Magdalene, 1862, a novel about a governess which provides a probing, realistic analysis of an intimate mother-daughter relationship. She also wrote the comedy Modsætninger, which was performed five times at the Royal Danish Theatre in 1860. 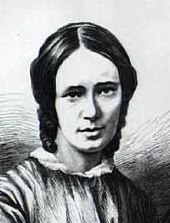