Kerstin Ekman was born in Risinge in Östergötland and moved with her family from Finspång via Lidköping to Katrineholm, where her father was first a foreman and later ran his own business. She passed the upper secondary school leaving examination in 1952 and obtained a degree in literary history in Uppsala in 1957. She worked with film from 1957 to 1959, and made her literary debut in 1959 with her first detective novel 30 meter mord, set in a film community. At that time she was married to the historian Stig Ekman, and they adopted a one-year-old boy.

In the 1960s she worked as a teacher at the folk high school Wiks Folkhögskola, where she met her present husband Börje Frelin. They settled outside Härnösand and moved in the 1970s to Valsjöbyn in Jämtland near the Norwegian border. In 1978 Kerstin Ekman was elected to Samfundet De Nio (The Nine Society), and the same year she succeeded Harry Martinson in Svenska Akademien (The Swedish Academy), which she left in 1989 in connection with the Salman Rushdie affair.

After five detective novels, she published Dödsklockan in 1963 and Pukehornet in 1967, both of which move beyond the genre of the detective novel. Later works are, among others, Mörker och blåbärsris, 1972, a pungent provincial response to Per Wästberg’s famous serial novel set in fashionable Stockholm. In her four popular novels Häxringarna (1974; Eng. tr. Witches’ Rings), Springkällan (1976; Eng. tr. The Spring), Änglahuset (1979; Eng. tr. The Angel House) and En stad av ljus (1983; Eng. tr. City of Light), she describes the history of murder, industrialisation, and historical change in Swedish society seen from the perspective of women and children. In addition she wrote Hunden, 1986, a small, condensed novel about the extreme conditions of existence, Rövarna i Skuleskogen (1988; Eng. tr. The Forest of Hours) an imaginative and fantastic account of Sweden’s history from the Middle Ages to the Romantic period, and the verse epic Knivkastarens kvinna (1990; Eng. tr. The Knife Thrower’s Woman), which is a type of sequel to En stad av ljus.

Her book Händelser vid vatten (1993; Eng. tr. Blackwater), about a bestial murder in a tent in a desolate landscape, elevated the crime story to the art of the novel; she was awarded the Nordic Council’s Literature Prize, and at the same time made it onto the international scene. In 1996 she published the novel Gör mig levande igen, a modern resistance novel written in dialogue with Eyvind Johnson’s Krilon-trilogi, 1941-1943.

Kerstin Ekman is the recipient of a large number of awards and honours, including Litteris et Artibus 1998, Ivar Lo-prisen 2000, Augustprisen 2003 and Gerard Bonniers essaypris 2008.

Sarah Death: ''They can't do this to time': women's and men's time in Kerstin Ekman's Änglahuset" in: A century of Swedish narrative, 1994

Linda Haverty Rugg: "Revenge of the rats: the Cartesian body in Kerstin Ekman's Rövarna i Skuleskogen" in: Scandinavian Studies, (70), 1998 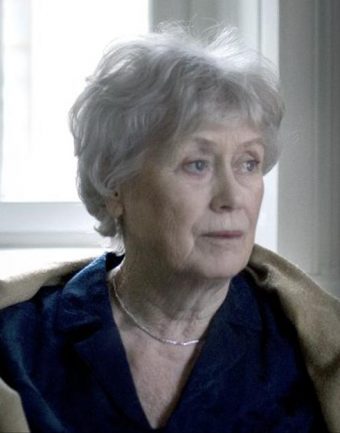