Olga Eggers was the daughter of a baron on the island of Saint Thomas, grew up in Denmark, and married twice, her second marriage being to Dr A. L. Chr. Thomsen. Her first novel, Zigeunerblod, was published in 1903 and was the first in a series of novels on the theme of love. She also wrote Ene Hvid gennem Liberias Urskove (M), 1931, after an expedition to Liberia. Her novel Erotik of 1932 marked the end of her career as an author of fiction. From 1935 Olga Eggers became an active Nazi and editor of the Nazi newspaper Kamptegnet. She died in Vestre Fængsel prison shortly after the liberation of Denmark. 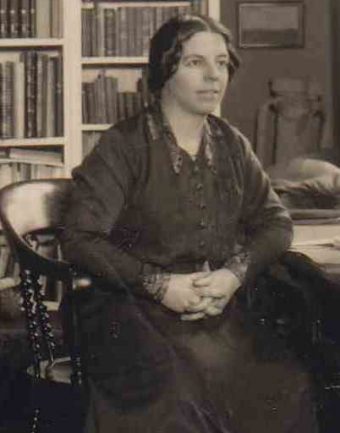