Inger Edelfeldt was born and grew up outside Stockholm. Her debut publication was the novel Duktig pojke, 1977, about a young homosexual man’s self-insight.

She often writes about women’s or young girls’ search for identity; the subject of adolescents building their identity and crossing boundaries is important in her works, both as a theme and in terms of style. Kamalas bok (N), 1986, is the story of how a young woman’s fragile ego breaks down when her boyfriend leaves her; her psyche is invaded by the monstrous, lupine Kamala. Again, her short stories in the collection I fiskens mage, 1984, consider the subject of self-disintegration, and the young female characters, in their attempt to relate to the adult world, end up cruelly tormenting themselves. At the same time, however, the terrifying self-destructiveness of these young girls also involves a dream about the magical, about the presence of something other than the dullness of everyday existence and the cruelty of the adult world.

The contrast between the mysterious and the cruel banality of reality is emphasised in Den förunderliga kameleonten (SS), 1995, where the title story is representative of her entire writing. Inger Edelfeldt is receptive to impressions from different milieus and has the ability to capture many different kinds of language and response patterns. In Betraktandet av hundar (N), 1997, she reveals her very special humour by lending a voice, through first-person narrative, to a lost and pathetic man who lives an emotionally barren life verging on insanity. Her prose is easy to read, and she is a master of satire, fable, drama, magic, and humour. She has published picture books for children, comic books, teenage books, and adult prose. 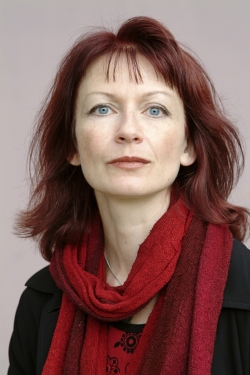