Conradine Dunker was born and grew up in Christiania. Her father, who died when she was eleven, was a customs inspector. Four years after his death, she married a friend of the family. She was widowed at twenty-six and remarried. She had five children, one of whom was the author Vilhelmine Ullman. Conradine Dunker was tutored at home, but later ran a school, and performed in amateur theatre, often playing the role of Magdelone in Holberg plays.

In 1852 she began to write her memoirs in the form of letters to her brother. The letters, which were anecdotal and short-story-like, primarily depict life in Christiania in the 1790s. Her letters were published in excerpts in the newspaper Illustreret Nyhedsblad in 1860. In 1871 they were published in a book entitled Gamle Dage. Erindringer og Tidsbilleder; however, they were only available as a complete edition in 1909. Her memoirs from the theatre, Det Dramatiske Selskab i Christiania, were published in the periodical St. Hallvard in 1915. 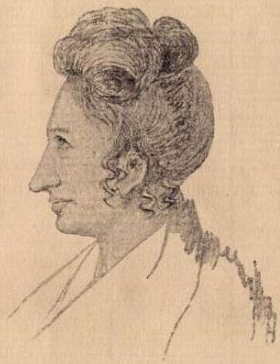