Tove Irma Margit Ditlevsen was one of the leading Danish post-war authors and wrote over thirty books in various genres, which were widely published. She grew up in a working-class family in the Vesterbro district of Copenhagen and, after nine years of schooling, went to work as a domestic servant and later as an office clerk.

She wrote poems from the age of ten and made her debut in 1937 when her poem “Til mit døde barn” was printed in the magazine Vilde Hvede. In 1940 she married the magazine’s editor Viggo F. Møller, who financed the publication of her first collection of poems Pigesind, 1939. She remarried three times in the 1940s and had a child with each husband, finally marrying senior official and chief editor Victor Andreasen in 1951. From childhood onwards she suffered periodically from psychoses and became a drug addict in her third marriage to a doctor.

In addition to her works of fiction, crowned by her important memoirs, she published children’s books, wrote essays and journalistic pieces, and was the editor of the correspondence column of the weekly Familie-Journalen. Her novels Man gjorde et Barn Fortræd, 1941, and Barndommens Gade, 1943, are about a girl’s gender- and class-related experiences as she grows up in a working-class background and proletarian neighbourhood, while Lille Verden, (P), 1942, and Blinkende Lygter (P), 1947, consider problems of existence, identity, and death. The tone of her poetry is melancholy, revolving around lost happiness, which can only be recaptured in memories. Her poetry is in rhyming verse, influenced by folk-songs, hymns, and the symbolism of the 1890s. In the following decade it is the perspective of the housewife which dominates in works such as Paraplyen (SS), 1952, Vi har kun hinanden (N), 1954, To som elsker hinanden (N), 1960, and Kvindesind (P), 1955. Flugten fra opvasken (E), 1959, pre-empts to a certain extent modern feminism, and partly her main autobiographical works Barndom, Ungdom (both 1967; Eng. tr. Early Spring), Gift, 1971, and Vilhelms værelse, 1975. Ansigterne (N) (Eng. tr. The Faces), 1968, describes a woman’s psychosis triggered by the end of her identity as a housewife after divorce and menopause.

In De voksne (P), 1969, and Det runde værelse (P), 1973, Tove Ditlevsen breaks out into a more liberated, more direct, and less melancholic form. A conflict-laden maternal relationship takes over class- and gender-determined role patterns as the main thrust of her writing. 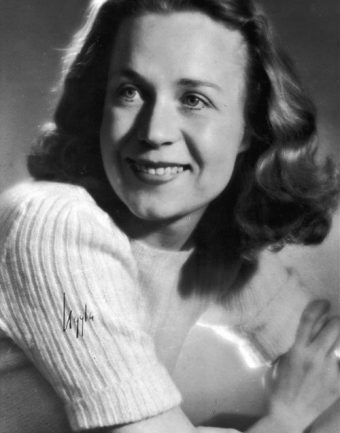