Minna Canth was the founder of Finnish realist drama and was the most controversial figure in Finland during her time. She was the daughter of a shop owner in Tampere, where she attended a Swedish school for girls. After one year at teaching college, she married her teacher, and when she became widowed at the age of thirty-five, pregnant with her seventh child, she moved back to her home town and took over her father’s yarn shop, which became a successful business and provided a secure foundation for her activities as a writer.

Four months after her husband’s death, she sent her first play to the country’s leading theatre, but only made her debut as a playwright in 1883 with Murtovarkaus. Her work Työmiehen vaimo, 1885, caused quite a sensation, particularly in conservative circles. Minna Canth published many works including not only dramas, but also short stories and various articles, mainly on women’s issues. 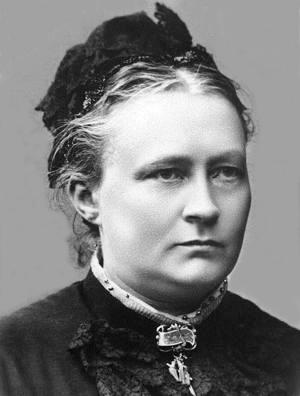