Friederike Brun grew up in Copenhagen in the German immigrant family of a pietist clergyman. Her marriage of convenience in 1782 to the wealthy merchant Constantin Brun put her on an economically sound footing, enabling her to both travel and host salons. She had four surviving children, and from 1795 to 1810 she travelled constantly with her platonic lover, philosopher Carl Victor von Bonstetten. From 1792 to 1835 she hosted a literary salon at Sophienholm castle and became famous throughout Europe, particularly on account of her daughter Ida’s tableaux vivants.

Her debut work was published in 1782, an untitled collection of German poetry and prose. Her major works are the memoirs Wahrheit aus Morgenträumen und Idas ästetische Erziehung, 1824, the prose collection Römisches Leben 1-2, 1833, and her correspondence with Caroline von Humboldt, Frauen zur Goethezeit. Her extensive writing reveals a sensitive soul and a modern attempt to create a psychological self-perception in a personal, aesthetic form that was unparalleled in Scandinavian literature of the same period, but which was representative of eighteenth-century European taste and similar to the forms of expression employed by her friends Mme de Staël and Angelica Kaufmann.

Carol Hanbery MacKay: "Lines of confluence in Frederika Bremer and Charlotte Brontë" in: Nora: Nordic Journal of Women’s studies, no. 2, 1994 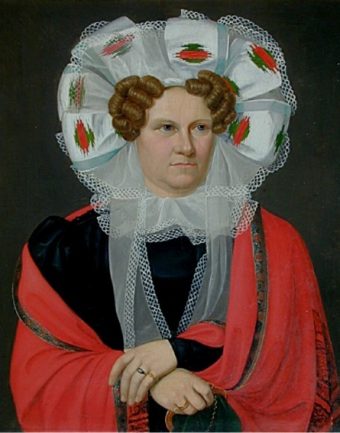