Sophia Elisabeth Brenner grew up in a German merchant family in Stockholm and received tuition in both German and Latin. In 1680 she married Elias Brenner, a miniature painter and numismatist, who encouraged her to study European languages and to write poetry. They had fifteen children, only four of whom survived her.

Sophia Elisabet Brenner was the first woman to be granted a state pension for writers in 1723. As an expression of her gratitude she wrote a long poem about the sufferings and the death of Christ, Wårs Herres och Frälsares Jesu Christi alldra heligaste Pijnos Historia, a poem about the passion of Christ inspired by German literature. Her friends helped to ensure the publication of Poetiske Dikter, 1713. The second edition of Poetiske Dikter was published posthumously in 1732 with an autobiography in German.

She had a predilection for writing occasional poems for contemporary women authors and artists, employing an unusually personal tone, and she used the genre to discuss the worth of women and their right to study. Sophia Elisabet Brenner was widely known in her day and was celebrated as a writer and erudite woman. 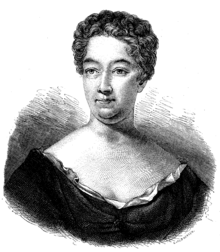