Toril Brekke grew up in literary circles in Oslo as the daughter of the modernist poet Paal Brekke. She trained as a typographer, but also worked as a teacher and journalist. Between 1987 and 1991, she was the chair of the Norwegian Authors’ Union and in the 1990s was a member of the Committee for the Nordic Council Literature Prize. She is married with three children.

Her first novel Jenny har fått sparken, 1976, is a period piece about a solidarity strike organised by women. In her later novels, such as Den gylne tonen, 1980, and Filmen om Chatila, 1983, she continues to write with a feminist and left-wing slant. She has also contributed to the anthology Women. A World Report, which was published in connection with the UN conference on women held in Nairobi in 1985. In 1994 she published her novel Granitt and in 1996 her highly topical work Ibsens røde lykt about the treatment of sexual deviants. She has also written novels for children and teenagers. In 1997, her short story collection Blindramme was published.

She has received The Riksmål Society Literature Prize 2000 and the Amalie Skram Prize 2004. 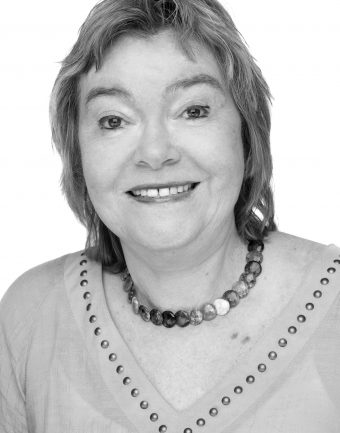