Anna Mathilda Charlotta Branting is mentioned in the history books first and foremost for her marriage in 1884 to Hjalmar Branting, the first Social Democratic Prime Minister in Sweden. She was in her day a highly appreciated author and journalist, who was even compared by contemporary critics to Strindberg.

Her debut work in 1893 was the novel Lena, and it was followed by several novels and short story collections. Among her most notable works is her roman à clef Staden of 1901 about her marriage crisis with Branting. From the beginning of the century, she wrote theatrical reviews, initially for the newspaper Stockholmstidningen and later for Socialdemokraten under the pen name René. Her highly personal and original style broke with the prevailing conventions within theatrical review. 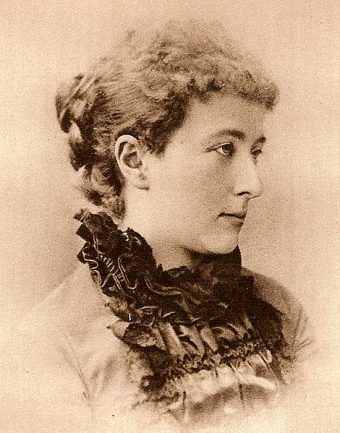