Birgitte Catharine Boye was the daughter of Jens Johannissen, a gamekeeper at Jægersborg, and Dorothea Henriksdatter. Her first marriage was to Herman Michelsen Hertz (c. 1734-1775) in 1763, with whom she had four children. Her second marriage was to Hans Boye in 1778.

Birgitte Catharine Boye, whose twenty hymns won the competition for “hellig poesi” (religious poetry) held by Det smagende selskab (society for the advancement of the beautiful and useful sciences), is featured with 149 hymns in Guldberg’s hymn collection of 1778. With Davids Psalmer i fri Oversættelse, 1781-1785, she added yet another work to her hymns. In 1780, she published Melicerte, a pastoral drama in two acts, which was performed at the castle Fredensborg Slot on the Queen’s birthday. Gorm den Gamle. Et heroisk Skuespil i tre Handlinger of 1781 was printed in 1784 and performed at the Royal Danish Theatre on the King’s birthday.

She also published Sigrid eller Regnalds Død, 1795, a heroic play which borrows from Saxo, and a number of cantatas and poems to mark certain occasions at the royal palace. She was highly esteemed in her day, and some of her hymns are still known in Denmark, even more so in Norway, where Guldberg’s hymn book became commonly used. 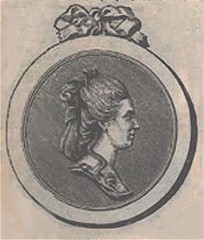