Unnur Benediktsdóttir Bjarklind is the female author who has come closest to attaining the status of a national poet in Iceland. Her childhood home, where she was privately tutored, was a cultural centre in northern Iceland. She had four children, of which the first died.

Her initial collection Kvæði (Poems), 1909, was warmly received by the critics, who praised the poems’ descriptions of nature, their gentle rhythm, and feminine or childlike beauty; however, at the same time her contemporaries ignored the yearning for foreign places and the feeling of constraint and obligation. She was one of the first people to write prose poems in Icelandic in her short story collection Myndir, 1924.

Her major novel Dalafólk 1-2, 1936-39, which idealises harmonious rural life, was a response to Halldór Laxness’s socialist attack on the morals of the farming community in his novel Sjálfstætt fólk (1934-35; Eng. tr. Independent People). 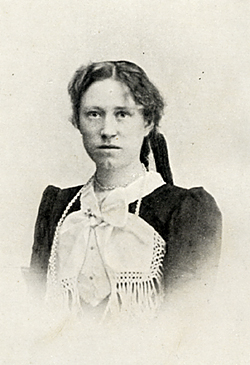