Victoria Benedictsson was a farmer’s daughter from Scania, married the postmaster in Hörby, and had one daughter. As a youngster she dreamed of becoming a painter, but her father would not let her be educated in Stockholm.

She made her debut in 1884 with the publication of her short stories on ordinary life, Från Skåne. With her 1885 novel Pengar (1885; Eng. tr. Money), Victoria Benedictsson entered the debate of the Modern Breakthrough about the status of women in marriage and in the Modern, realist novel. Her position on women’s rights is ambivalent, and her novel Fru Marianne, 1887, which was meant to depict the healthy development of a woman from a fashion doll to a wealthy farmer’s wife, did not elicit the enthusiasm of her peers. Victoria Benedictsson used her complicated relationship with Georg Brandes to try to expose free love as meaning the total subjugation of women. She wrote about this realisation in her book Stora boken, Dagbok 1882-1888, which was exposing and shocking both in its subject and form, and was published in three volumes by Christina Sjöblad in 1978-1987.

Victoria Benedictsson chose to take her own life. More recent research on women’s literature has drawn attention to the tense and aesthetically complex character of Benedictsson’s writing, largely on the basis of analyses of her short stories “Ur mörkret” (1888; Eng. tr. “From the Darkness”), and “Den bergtagne”, 1890, published posthumously by her friend Axel Lundegård.

Pål Bjørby: The study of a vision in the authorship of Victoria Benedictsson, 1992

Verne Moberg: The truth and work of Victoria Benedictsson: levels of reality in her writing life, 1989

Sonia Wichmann: "In search of the self: authorship and identity in Victoria Benedictsson's diary "Stora boken"", Scandinavian studies, (76):2, 2004 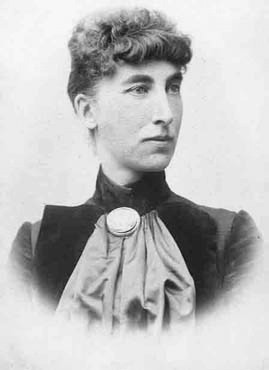