Ragnhild Agger grew up on a small farm in eastern Jutland and entered domestic service at the age of fourteen, working as a maid until she married at twenty-two. When her children left home in the mid-1960s, Ragnhild Agger began writing about her life experiences.

Her debut novel Pigen, 1971, which was published under the pseudonym Rigmor Hansen, together with her subsequent works Pladser, 1973, and Parret, 1978, are realist accounts containing poetic passages and interspersed with brief prose images characterized by an acute awareness of form. The novels, which drew readers from among women’s rights groups in the 1970s, were followed by På grænsen (SS), 1982, Tågelandet (N), 1985, Den halve sol (N), 1989, and Vinden i poplerne (N), 1992. In these works, women reflect on their lives in search of identity and emancipation. Her poems in Dagdigte, 1979, with their short and stark form, are inspired by Modernism.

The above biography was first published in 1998. Since then, Ragnhild Agger has written the novel Lyskrydset, 2007. 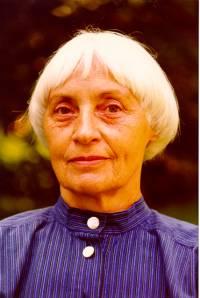