Karin Sophie Adlersparre was a writer and leader of the women’s movement in Sweden in the second half of the nineteenth century and used the pen name “Esselde”. Between 1859 and 1885, she published the newspaper Tidskrift för hjemmet (A Paper for the Home) and set up a library and evening schools for working-class women in Stockholm. She initiated the establishment of the association Handarbetets vänner (Friends of Handicrafts) in 1874 and also created Fredrika Bremer-Förbundet (The Fredrika Bremer Association), editing its periodical Dagny from 1886 to 1888.

She was mentor to Victoria Benedictsson and the young Selma Lagerlöf, among others. During her lifetime, Sophie Adlersparre embarked on the extensive biography of Fredrika Bremer, which was eventually completed by her niece Sigrid Leijonhufvud. 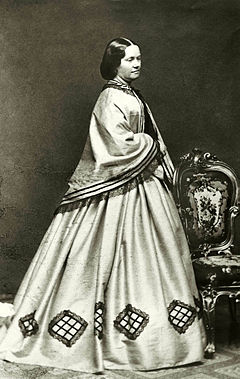