Helle Wuolijoki was born into an Estonian farming community as Ella Murrik, moved to Finland in 1904, and was the first Estonian woman to do a master’s degree. She was married from 1908 to 1929 and had a daughter. When she took up business and became the proprietor of a forest, sawmill, and estate, she hosted political salons and accommodated Bertolt Brecht at her home for a period of time. Due to her Soviet contacts, she was initially sentenced to death, the sentence later being commuted to life in 1943-1944; however, she was released when a new government came to power. From 1945 to 1949, she was head of Radio Finland.

Her debut work was in Estonian, the play Talu lapsed, 1912, which was banned as a nationalist work in Estonia and Finland after its premiere. In 1932 she started writing in Finnish, but her manuscripts were rejected for political reasons. She first became successful when she wrote the drama Kvinnorna på Niskavuori under the pseudonym Juhani Tervapää in 1936, the first in a series of five that was translated into fourteen languages. A characteristic feature of her dramas is witty dialogue and a strikingly female perspective. She also collaborated with Bertolt Brecht, whose play Mr Puntila is based on an original work by Hella Wuolijoki. 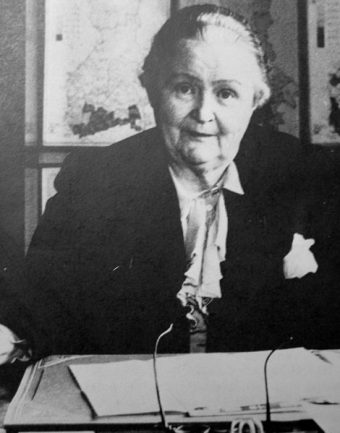