Merete Nicoline Werdelin was born into an educated family in Copenhagen and trained at Skolen for Brugskunst (the School of Decorative Art; today, The Royal Danish Academy of Fine Arts, Schools of Architecture, Design and Conservation, School of Architecture) from 1981 to 1984. In 1984 she won a comic strip competition sponsored by the newspaper Politiken, leading to the launch of her comic strip “Café”, which catapulted her to fame as a comic artist.

“Café” is populated with young, affluent city folk, rootless and lost under their glossy exteriors, and the series captures the zeitgeist of the late 1980s, when the collectivism of the 1970s was replaced by a new, self-reflecting individualism. The stories are continued in “Homo Metropolis”, 1994, and we encounter a broader spectrum of social types and trends in the city.

Nikoline Werdelin is the recipient of a number of awards and honours, including Reumert-prisen (playwright of the year) 2002, Modersmål-Prisen 2007, the Knight’s Cross of the Order of the Dannebrog, 2010, and Holberg-medaljen 2010.  She was a nominee for the U.S. Eisner Award for creative achievement in comic books. 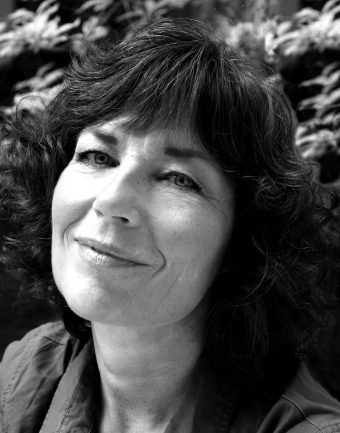