Anne Cath.(arina) Vestly grew up in Rena and Jessheim. Her father, who died early, was the sub-manager of a hardware store. She was a widely read, prolific children’s books author, and the widow of the artist Johan Vestly, who illustrated her books. From 1945 to 1950 she was an actress at Studioteatret playhouse and played the leading part in two films based on her own books. In the early 1950s she became known for her stories for youngsters during children’s hour on the radio, when she caused outrage among listeners in puritan Norway by talking about childbirth and sexual reproduction. She made her literary debut in 1953 with Ole Aleksander Filibom-bom-bom. Lillebror, Mormor, Aurora, Guro, Kaos, and Ole Aleksander are the recurring characters in her books, which were ahead of their time in their exploration of questions such as the nuclear family and gender role patterns.

The above biography was first published in 1998. Since then, Anne Cath. Vestly wrote her autobiography Nesten et helt menneske, 2000, and some 10 children’s books.

She was a Knight, First Class of the Order of St Olav (1992), and was the recipient of a large number of awards and honours, including Norsk kulturråds ærespris 1994, Brageprisens hæderspris 1995, and Folkehelseprisen 1998. 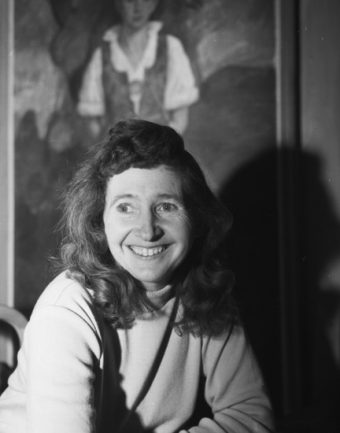