Hjørdis Varmer trained as an office clerk. In 1991 she set up the Vadis publishing house, which publishes her own reading books and historical novels. Inspired by her son who had reading difficulties, Hjørdis Varmer made her debut in 1971 with Per og Torben pjækker den. She subsequently wrote a long series of reading books, short story collections, and historical novels, writing for example about World War II in Det forår da far gik under jorden, 1980; about the life of country labourers in the serial novel about the character Karen from Hedegården, Ungerne fra Hedegården 1-3, 1984-1985; about the witch hunts of the Middle Ages, and the escape and rebellion of slaves in Flugten fra Master Flint, 1992, and Det blodige oprør på Sankt Jan, 1994, respectively. Her book Det bedste sted i verden came out in 1997.

The above biography was first published in 1998. Since then, Hjørdis Varmer has written several children’s books, a collection of travel reports, and the novel De ville det bedste, 2000. She has also written two volumes of family history about her Swedish great-grandmother, Johanna fra Småland, 2006, and Tiden efter Johanna, 2007. 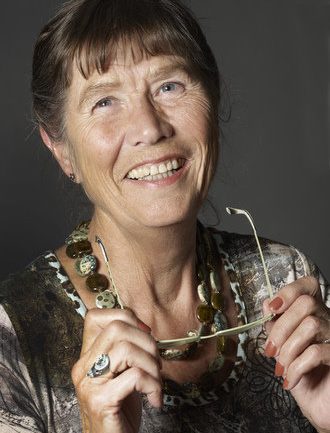