Kaari Utrio studied history at the University of Helsinki and is a professor of arts. Daughter of the publisher Untamo Utrio, she realised early on that it was possible to earn money by writing books. In her extensive production of historical novels, she combines feminism and entertainment, such as in Viipurin kaunotar, 1973.

Her novels provide an accurate and lively account of the history of Finland from a female perspective, in particular the Middle Ages. She also wrote a controversial popular science work about the history of women, children, and family, Evaan tyttäret, 1984. She was voted woman of the year in 1985. Her later works include Vanajan Joanna (N), 1991. 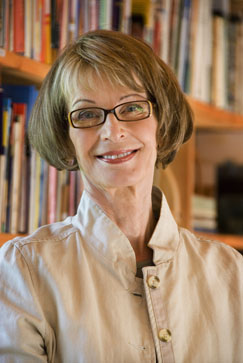