Wilhelmine Skogh was the impoverished daughter of a schoolmaster from Gotland, who went to Stockholm at the early age of thirteen to seek a living. Starting off as a humble dishwasher, she ended up taking over the Grand Hotel in Stockholm, which she turned into the most fashionable restaurant in Sweden. At the pinnacle of her career, she commissioned the building of the grandiose patrician villa of Foresta on Lidingö. However, by the time she published her memoirs Minnen och upplefvelser in 1912 (reissued in 1991), her empire had begun to crumble, and she died penniless. 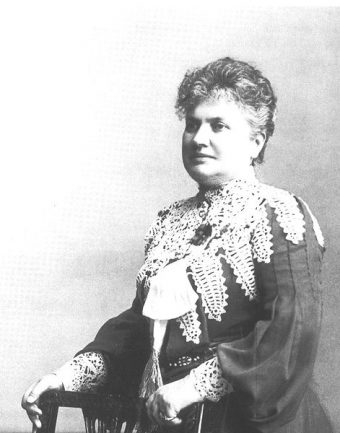