Maria Gustava Albertina Teresia Sandel grew up in Stockholm’s working-class district and spent a few years during the 1890s in America, where she published her first contributions to the Swedish-American magazine Nordstjernan. After returning home, she lost her hearing and became almost blind. Together with her mother, who was also deaf, she ran a small dairy outlet store. She came into contact with the women’s labour movement early on and worked on the magazine Morgonbris, which was established by Kvinnornas Fackförbund (Women’s Trade Union) in 1904.

Encouraged by Ellen Key and her associates, she published the short story collection Vid svältgränsen och andra berättelser in 1908, which was followed by Virveln, 1913, Familjen Vinge, 1913, Hexdansen, 1919, and Droppar i folkhavet, 1924. Maria Sandel was an outsider both in literary circles and in her own milieu. Typical of her prose is a changing narrative temperament and alternation between pessimistic moralism and unrestrained humour. 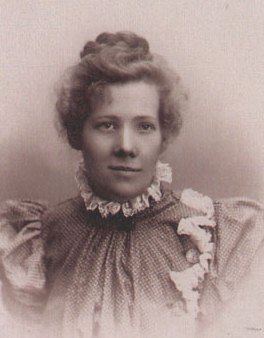