Sophie Sager came from a rural family in Småland and started her career as a writer when she reported a rape in 1848 – an unprecedented act. During the following court proceedings, she herself wrote the dramatic plea and won the case. The powerful and revealing court pleas were published in Sagerska målet in 1848.

In 1852, she published the novel Bilder ur lifvet eller Fosterbarnets afslöjade genealogi, a work of fiction in which she sought to formulate her demand for and vision of the emancipation of women. Her agitation throughout the country provoked anger. In 1855 she emigrated to New York, where she continued to produce publications on the subject of emancipation. 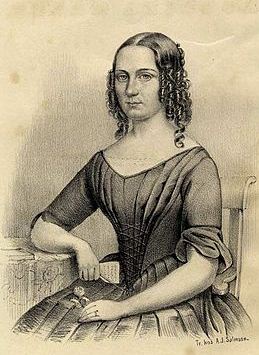