Carina Rydberg was born in Stockholm and studied film, psychology, and Swedish. In her writing, she frequently uses popular-cultural role models. In Osalig ande (N), 1990, and Nattens amnesti (SS), 1994, there are clear soap opera traits and direct references to the film world.

She plays with traditional gender roles and identities, always within a structure built around subjection and superiority, which is already hinted at in her debut novel Kallare än Kargil (N) of 1987. Her figures are deliberate pastiches; what interests her is the way the people today play with facades and roles. The characters are never what they pretend to be, but there is no hidden or repressed psychological substance beneath the surface either. The characters are without passion, lifeless in their exchange of desire and sexuality, and in her novel Osalig ande, the women are like a pretext in the homosexual game played between the novel’s male characters. The cold, dispassionate narrative style leaves it up to the reader to decide on the role play.

Her autobiographical novel of 1997, Den högsta kasten, 1997, caused a sensation when it was published.

The above biography was first published in 1998. Since then, Carina Rydberg has published the novels Djävulsformeln, 2000, and Den som vässar vargars tänder, 2006.

She was awarded the De Nios Vinterpris in 2008. 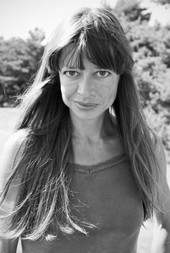