Fredrika Charlotte Runeberg (signature -a-g) was born in Jakobstad in western Finland, and lived after her father’s death with the family of her paternal uncle, the Arch Bishop Jacob Tengström, where she received tuition in foreign languages and other subjects. Throughout her youth, she was rather withdrawn with a predisposition towards melancholy, and as she grew older, she became isolated from society life due to her poor hearing. She herself wrote that books came to fill her life from adolescence.

In 1831, she married the poet J. L. Runeberg. They built their first home in modest circumstances in Helsinki and later in the small town of Borgå in southern Finland, where her husband worked as a schoolmaster. They had seven sons; their first-born child, a daughter, died in infancy. In Helsinki, she helped her husband to edit the paper Helsingfors Morgonblad, translated, and also wrote articles herself. In Borgå, she was the chair of a women’s association for sixteen years and helped to establish a school for poor girls. She brought up her sons and had an extensive correspondence with many of the literary, talented women acquainted with her husband. J. L. Runeberg had his own private rooms on the first floor of the family’s house; Fredrika and their sons lived on the ground floor. After J. L. Runeberg became paralysed, Fredrika looked after him until his death in 1877.

Fredrika Runeberg published the historical novels Fru Catharina Boije och hennes döttrar. En berättelse från stora ofredens tid, 1858, and Sigrid Liljeholm, 1862. Her stories, printed in periodicals, were published in an anthology under the title Teckningar och drömmar in 1861 and were reprinted in 1991. Her brilliant letters to her son Walter, who was a sculptor, and to her husband’s mistress Emilie Björkstén, were published later. She also published poems and short stories in literary almanacs. Her autobiographical work Anteckningar om Runeberg. Min pennas saga was first published in 1946. Not one of Fredrika Runeberg’s works was translated into Finnish during her lifetime, but today all her works are available in Finnish translation. 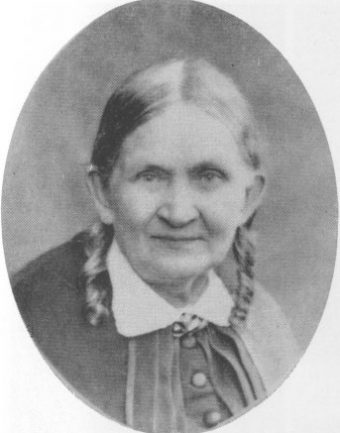