Edith Rode was the daughter of Court Physician and Professor Carl Henrik Horn Nebelong and Harriet Kiellerup. She was born and grew up in Copenhagen, where she attended the experimental school run by the writer and educationalist Erna Juel-Hansen. While on honeymoon in Italy in 1902, she fell in love with the writer Helge Rode and eloped with him. She supported her husband and children as a well-known journalist.

She made her debut at the age of twenty-two with the Bohemian novels Misse Wichmann and Maja Engell, which were successful, albeit tinged with scandal, and well-received by the critics. She has been seen by posterity as a bread-and-butter author; however, she perfected the art of the short story by developing the short form of writing that she was pushed into by journalism. In her best collections, the short form grows into a sequence of reports that take on the character of a novel. This is the case in Pige, 1914, Grazias Kærlighed, 1919, and also in her final works, the three volumes of memoir portraits Der var engang, 1951, Paa Togt i Erindringen, 1953, and Paa Rejse i Livet, 1957. 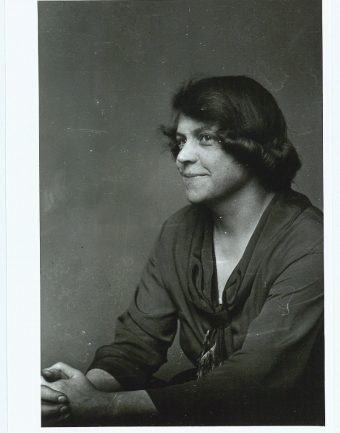