Agneta Pleijel was born in Stockholm and grew up in Lund, is the daughter of Åke Pleijel, professor of mathematics, and Sonja Pleijel, translator and writer, and was born in Java, Indonesia. She graduated in philosophy at the University of Gothenburg in 1971 and since the 1960s has been active as a cultural journalist, literary critic, and writer. From 1972 to 1975 she was the editor of the magazine Ord & Bild and from 1975 to 1979 was cultural editor for the newspaper Aftonbladet. From 1969 to 1979 she was married to the psychologist Lars Sjögren and since 1982 to the journalist Maciej Zaremba.

She made her debut as a dramatist with the socially critical play Ordning härskar i Berlin, 1969, which she co-wrote with Ronny Ambjörnsson. In her dramatic works, such as Kollontaj, 1979, and Sommarkvällar på jorden & Berget på månens baksida, 1984, there is a consistent interplay between social analysis and an interest in ideas and the personal. Her debut work of poetry was Änglar, dvärgar, 1981, and the collection Ögon ur en dröm (Eng. tr. Eyes from a Dream) was published in 1984. Her biggest public success was the highly unusual work Vindspejare, 1987, in which she recounts the story of a family over five generations, very similar to her own, a complex, but basically uplifting story. In her subsequent novels Hundstjärnan, (1989; Eng. tr. The Dog Star), and fungi, 1993, her tone darkens. With En vinter i Stockholm, 1997, Agneta Pleijel returns to the autobiographical with a pithy depiction of a middle-aged woman’s feeling of abandonment.

The above biography was first published in 1998. Since then, Agneta Pleijel has written the novels Lord Nevermore, 2000, Drottningens chirurg, 2006, Kungens komediant, 2007, and Syster och bror, 2009. She has also written drama in Standard Selection, 2000, and Vid floden, 2003. Mostrarna och andra dikter, 2004, was nominated for the August Prize.

She has received several prizes and honours. 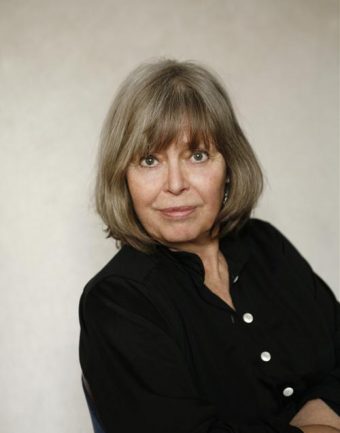