Annok Sarri Nordrå has lived in Oslo for most of her life, is originally Swedish-Sami, and is married to the Norwegian author Olav Nordrå. She is best known for her trilogy about the Sami woman Ravna: Ravnas vinter, 1973, Fjellvuggen, 1975, and Afskjed med Saivo, 1981.

The books, the plots of which are often set in Sweden, are about reindeer farming, which is depicted as a true Sami way of life and culture, certainly up to the 1960s. In her trilogy she maintains that assimilation is the only alternative for the Sami people who have abandoned the life of the hills. Annok Sarri Nordrå has also written the teenage book Gutten som ville sette spor etter seg, 1977. 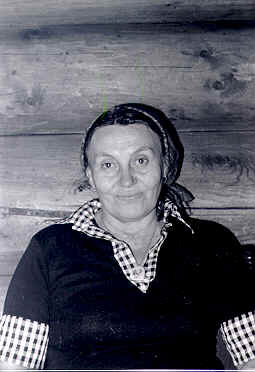