Ada Nilsson was the daughter of a farmer, grew up in Södra Säms in the county of Älvsborg, and as one of the first female doctors in Sweden obtained an MB in 1896 and an MD in 1900. She practised as a gynaecologist from 1900 to 1953 and was very active in the field of sex education and the fight against prostitution and sexually transmitted diseases.

She was a committed supporter of women’s rights and one of the leaders of the modern feminist Fogelstad group. At the same time she was politically active on the left wing and was behind the publishing of the periodical Tidevarvet, 1923-1936. In Barrikaden valde oss. 25 år ur en kämpande föreningshistoria, 1940, she relates the story of the fight for suffrage and in Glimtar ur mitt liv som läkare, 1963, the story of her life. 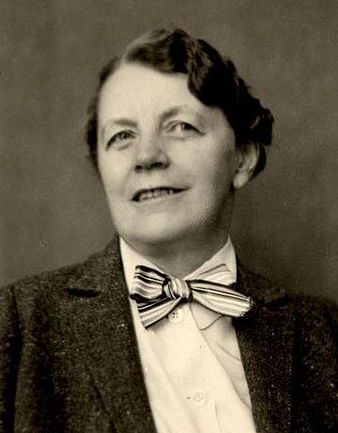