Gabriela Melinescu comes from Bucharest, where she studied Romanian literature and language and was the editor of a cultural periodical. She moved to Sweden in 1976.

Besides the fifteen books she published in Romania, she has published poems, novels, short stories, and diaries in Sweden, including Tålamodets barn (N), 1979, Vargarnas himlafärd (N), 1981, Trädet i blåsten (N), 1987, Gatens drottning (N), 1988, Fågelmannen (N), 1991, and Ljus mot ljus (P), 1993. In her books she blends realism and myth, and her plots are often set in the Romania of her childhood. Her key themes are alienation and at the same time the experience of being chosen. The everyday encompasses at once the trivial and the miraculous.

The above biography was first published in 1998. Since then, Gabriela Melinescu has published the short story collection Ruggningar, 1998, and the novels  Hemma utomlands, 2003, and Mamma som Gud, 2010, in Swedish.

In 2003 she was the recipient of De Nios Vinterpris. 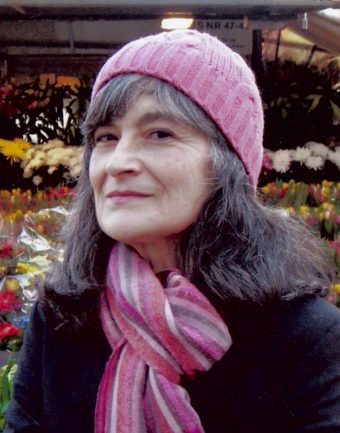