Eldrid Lunden grew up in a smallholder’s family in Naustdal in Sunnfjord on Vestlandet. She studied at university and is director of the writing study course in Bø, Telemark She became part of the literary circle of students associated with the magazine Profil in the 1960s and made her debut in 1968 with the rebellious poetry collection f. eks. juli. The sharp outline of the new aesthetics of the 1960s is evident in these poems, where there is a break with pathos, elitism, and late symbolism and a celebration of the plain, the mundane, and the concrete.

After a respite of seven years, Eldrid Lunden made a comeback with three consecutive poetry collections, inneringa, 1975, hard, mjuk, 1976, and Mammy, blue, 1977, which paved the way for the young women poets following in her footsteps. Here, she developed a minimalist idiom, combining the physically sensual with metalinguistic reflection and linguistic magic. Her poetry collection Gjenkjennelsen, 1982, opens up the pithy, intuitive language that characterises her 1970s poetry and uses a more varied rhetorical spectrum. She deals with classic themes – female identity, self-realisation, sister solidarity, attitude to language – as well as more topical issues from the political agenda, such as abuse and violence.

In det omvendt avhengige (P), 1989, she examines more philosophical questions in poems that are preoccupied with existential fear and interpersonal relationships and circumstances, while Noen må ha vore her før (P), 1990, presents dialogues with women and female figures from the previous century: Oda Krohg, Dagny Juel, and Albertine, whom Christian Krohg portrayed in text and image. In Slik sett (P), 1996, she again lets humour and sting develop between melancholy and protest, humour and anger, sensuality and reason.

The above biography was first published in 1998. Since then, Eldrid Lunden has written the poetry collections Til stades, 2000, and Flokken og skuggen, 2005, and essays in Kvifor måtte Nora gå?, 2004, and Modernisme eller litterær populisme?: eit essay om Arne Garborg og Knut Hamsun, 2008. 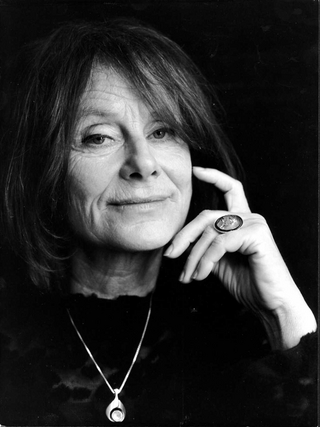