Kristina Lugn grew up in a middle-class family in Skövde. She graduated in 1972, married young, but left her marriage and moved into Jarl Hammarberg-Åkesson’s commune. She had a daughter at twenty-seven. She has worked as a school librarian, assistant for the disabled, later as a critic for newspapers such as Svenska Dagbladet, and has a reputation as a reporter and excellent essayist, writing on topics such as Sonja Åkesson and Hjalmar Gullberg.

Her debut work was the poetry collection Om jag inte, 1972; however, she made her breakthrough in the media in 1983 with Bekantskap önskas med äldre bildad here (P). Today, equally well-known for her dramatic works as for her poetry, her texts often concern sorrow and loneliness, often among family members and single women in the suburbs. Kristina Lugn, whose poetry and dramas grew out of the new language-conscious currents of the period, has repeatedly pointed out that her writing is not autobiographical. The title of her poetry collection Hundstunden. Kvinnlig bekännelselyrik till diktsamlingen Hundstunden, 1989, can be read as an ironic comment on this phenomenon. Her anthology Samlat Lugn. Dikter och Dramatikk, was published in 1997.

The above biography was first published in 1998. Since then, Kristina Lugn has written the poetry collection Hej då, ha det så bra!, 2003, and several plays for television and the theatre.

She has received several prizes, including the Doblougska Literature Prize in 1999. In 2006, Kristina Lugn was elected for the Swedish Academy. 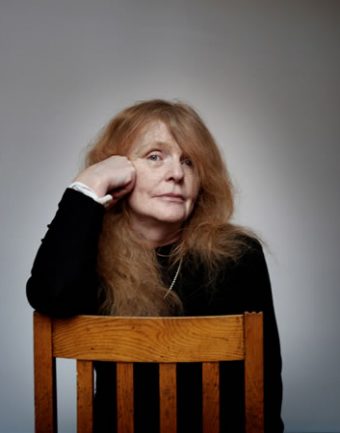