Mia Leche Löfgren was one of the more well-known journalists of her time, mainly working for the newspaper Göteborgs Handels- och Sjöfarts-Tidning and also very active for the periodical Idun. She grew up in Lund, daughter of the zoologist Wilhelm Leche and his wife Minchen Sager. After her first marriage to the city treasurer Fredrik von Friesen, she married the well-known lawyer, professor, and later Minister of Justice Eliel Löfgren.

In 1914, she helped to establish the women’s association Frisinnade Kvinnor (liberal-minded women) and was active not only in the fight for women’s suffrage, but also for peace and refugee aid during both world wars. Her writing includes six autobiographical books, Våra föräldras värld, 1934, Så var det då 1900-1940, 1941, Hård tid, 1946, Ideal och människor, 1952, Upplevt, 1958, and Bokslut, 1962, as well as biographies of women such as Ellen Key and Kristina Nilsson. 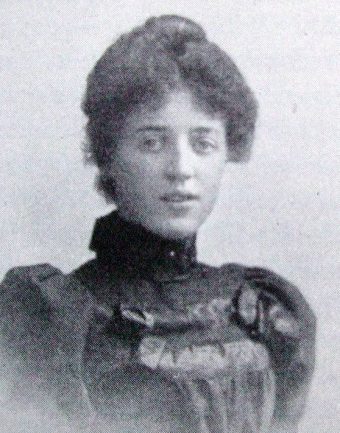