Anna Lindhagen grew up in Stockholm and was the daughter of Supreme Court Judge Albert Lindhagen. She was a teacher and one of the central figures in the fight for women’s suffrage. She was politically active within the Social Democratic Party and sat on the Stockholm Municipal Assembly from 1911 to 1923.

Between 1911 and 1916, she was editor of the Social Democratic women’s newspaper Morgonbris. She is also known as a proponent of allotment gardens. Her memoirs Vad vi tänkte, which were published posthumously in 1941, provides a picture of an interesting historical epoch. 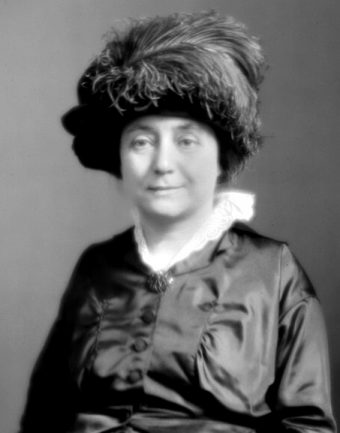