In her book Samuel August från Sevedstorp och Hanna i Hult, 1973, Astrid Lindgren described the happy marriage of her parents and her own harmonious childhood growing up on a farm outside Vimmerby in Småland, where her father was a glebe tenant. At the age of eighteen she had an illegitimate son and moved to Stockholm, where she earned a living as an office clerk. When she married Sture Lindgren in 1931 and had a daughter, she stayed at home as a housewife in Stockholm for many years. From 1946 to 1970 she managed the children’s book section of the publisher Rabén och Sjögren; in 1963 she joined Samfundet De Nio (The Nine Society), chairing the organistion in 1973, the year she was awarded an honorary doctorate by Linköping University.

Following her prize-winning debut in 1944 with the publication of her girls’ book Britt-Mari lättar sitt hjärta, she made a name for herself just one year later with her, likewise, prize-winning book Pippi Långstrump, which was epoch-making in modern children’s literature in Sweden. Moving easily between farce, fairy tale, myth, legend, present-day realism, and historical Romanticism, she has written over forty popular children’s books with well-known titles such as Alla vi barn i Bullerbyn (N), 1946, and Emil i Lönneberga (N), 1963, as well as picture books and film scripts. Always on the side of the vulnerable child in what is often a harsh and uncomprehending adult world, she does not shy away from discussing serious problems in her books, which have often provoked debate: the lonely and frightened child’s tragedy and compensatory dream in Mio, min Mio (N) (1954; Eng. tr. Mio, My Son), Rasmus på luffen (N), 1956, and Nils Karlsson-Pyssling (SS), 1949; death and violence in Bröderna Lejonhjärta (N) (1973; Eng. tr. The Brothers Lionheart), and the tender relationship between a father and his nearly adult daughter in Ronja Rövardotter (N), 1981.

Astrid Lindgren is one of Sweden’s most internationally known authors, and her works have been translated into at least sixty different languages. 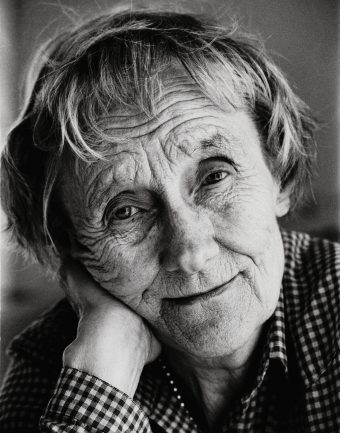