Marie Linder, née Muschin-Puschkin, was the niece of the Finnish philanthropist Aurora Karamzin, grew up in a noble milieu in Saint Petersburg, and married Count Constantin Linder from Finland.

At the encouragement of the Swede Zacharias Topelius, she began to write short stories for the newspaper Helsingfors Dagblad. In Saint Petersburg she had written short stories in French, and her first attempts at writing in Swedish appeared in Veckobiblioteket in Helsinki. Her sole novel En qvinna af vår tid, 1867, ushered in the Modern Breakthrough in Finnish literature. Its theme is female dependence on male tutelage and the contrast between female innocence and male double moral standards with regard to the feared sexuality. She is presumed to have committed suicide. 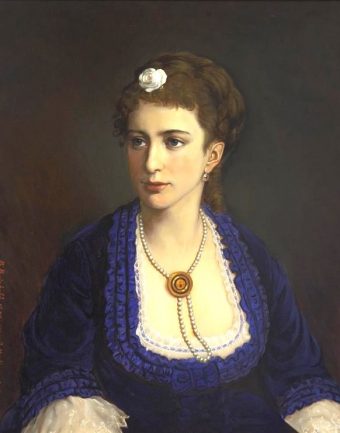