Ellen Gyrithe Lemche was the daughter of school principal Hartvig Frisch and Elisabeth Alexandra Mourier, completed her schooling at N. Zahle’s school in 1887, and went on to study German at University of Copenhagen. She soon gave up her studies and worked for a few years as a teacher, but stopped when she married the doctor Henrich Lemche. Gyrithe Lemche became the leading ideologist in Dansk Kvindesamfund (Danish Women’s Society), edited the association’s periodical Kvinden og Samfundet from 1913 to 1919, chaired its committee, temporarily chaired the organisation, and wrote Dansk Kvindesamfunds Historie gennem 40 Aar, 1912.

In 1898 her debut novel Soedtmanns Jomfruer was published, and she picked up the thread from the morality debate of the 1880s in her successful work Folkets Synder, 1899. When the book’s angry attack against sexually transmitted disease was read as a lampoon against men, she stopped writing contemporary novels. In her main literary work Edwardsgave I-V, 1900-1912, she examines the question of whether desire can be a route to female emancipation. Her answer was no, and she maintained her position throughout the rest of her life. Her memoirs Tempeltjenere I-III, 1926-1928, are her testament to women’s issues and an indictment against modern generations who let down motherhood and thus women’s rights. 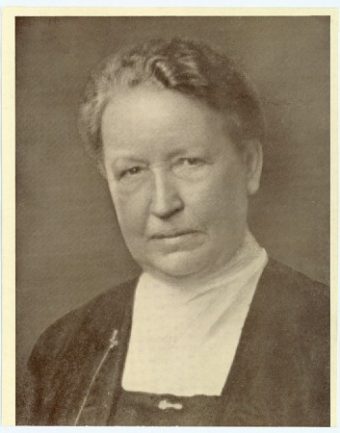