Sonja Kovalevsky became the first female professor in Europe and in 1888 was awarded the greatest academic distinction that a woman had ever attained: The French Academy of Sciences’s prestigious Prix Bordin.

She was born in Moscow as daughter of a general and landowner. In 1874, she presented three doctoral theses at Göttingen, the most important of them being on partial differential equations. She had a daughter by Vladimir Kovalevsky, a geology professor at the Moscow State University in Moscow, who died in 1884. In the same year, Sonja Kovalevsky was appointed professor of further mathematical analysis at Stockholm University with the help of the brother of Anne Charlotte Edgren Leffler, professor of mathematics Gösta Mittag-Leffler.

As a young woman, she knew Dostoevsky and George Eliot and moved in nihilist and socialist circles. In Stockholm, she became acquainted with the radical personalities of the period, among them Ellen Key, and wrote together with Anne Charlotte Edgren Leffler the double drama Kampen för lyckan, of which the second utopian, socialist part was entitled Hur det kunde har varit. The drama was published in 1887 under the name K. L. Her autobiographical novel Ur ryska lifvet. Systrarna Rajevski, 1889, became a big success and was translated into eight languages. Her last novel Vera Vorontzoff, which was published in 1892, is about a female nihilist and, after consultation with Ellen Key, was completed by Anne Charlotte Edgren Leffler. 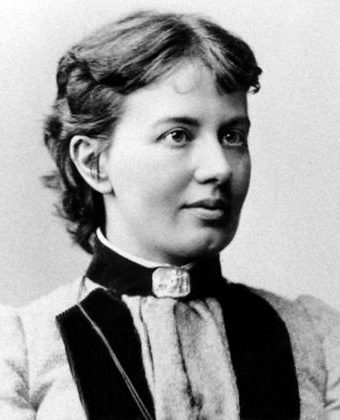