Eila Kivikkaho was the daughter of a shoemaker and grew up in Sordavala in Karelia. After completing upper secondary school, she became an office clerk and later a writer. She was married and had three children.

From her debut in 1942 with Sinikallio (P), she considered during the course of five poetry collections, including Viuhkalaulu, 1945, Venelaulu, 1952, and Parvi, 1961, the theme of women poets working with the elementary problems of the genre as regards silence and speech. She also created a pattern of the classic Japanese poetic forms transposed into Finnish poetic language. 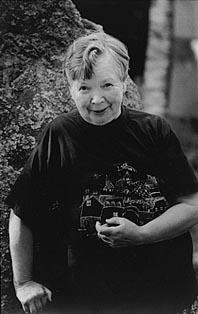