Erna Juel-Hansen was a schoolmistress, writer, and pioneering figure. Her father was the doctor A. G. Drachmann, her brother the poet Holger Drachmann. She was born and grew up in Copenhagen, married the lawyer and school reformer Niels Juel-Hansen in 1871, and had four children.

The product of a liberal childhood environment, she studied in Paris in 1866, in Berlin in 1870, and together with her husband established Copenhagen’s first nursery school. She supported her children by running an institute of physical training for women from 1884 to 1889 and translating English novelettes and Russian realist novels. When the issue of ‘gauntlet morality’ (the demand for sexual abstinence prior to marriage for both sexes, inspired by the Norwegian writer Bjørnstjerne Bjørnson’s play En Hanske (A Gauntlet), 1883) gained a footing, she broke away from Dansk Kvindesamfund (Danish Women’s Society).

Under the pseudonym Arne Wendt, she published her debut novel Mellem 12 og 17 in 1881, a study of a young girl’s concealed and confused love life. High points in her writing are her novels Terese Kærulf, 1896, and Helsen & Co., 1900, which follow the development of a woman as she blossoms into a complete person when she comes together with her husband in marriage and work. During her own life, Erna Juel-Hansen constantly struggled against financial challenges, scandal, and marital problems. She stands out as one of the most realistic pioneering figures in the history of Danish women and women’s literature. 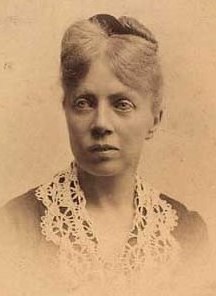