Maria Jotuni was a writer of international calibre. Writing with verbal precision, she wrote modern, ironic prose and drama about hypocrisy, double moral standards, and the bourgeois family idyll. She was the daughter of a landowner from Kuopio, was educated at university, and unhappily married to the literature professor Viljo Tarkiainen.

Long before her literary debut in 1905, she knew she wanted to become a writer. She ceased writing short stories in epistolary or diary form from 1911 and continued instead with dramatic works, starting with comedies such as Miehen kylkiluu, 1914, and the scandal-ridden Tohvelisankarin rouva, 1924, but later also tragedies such as Klaus, Louhikon herra, 1939. Maria Jotuni also wrote children’s books and aphorisms and also translated the Danish works of Karin Michaëlis into Finnish. 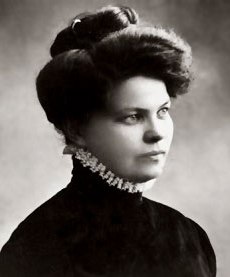