Ilse Annika Idström grew up in a bilingual family in Helsinki, studied film and television drama, worked as a translator, radio dramatist, and director, and taught literature at an American university. In addition to being a writer, she was also a translator.

Her debut novel Sinitaivas was published in 1980. The central themes in her writing are close family relations, hatred, malice, violence, and addiction. Annika Idström often wrote from a child’s point of view, such as in her novel Veljeni Sebastian, 1985, which is about the relationship between a single mother, her overly intelligent son, and her lover. In her novel Kirjeitä Trinidadiin, 1989, family relations are played out in a biblical environment. The main character is a mentally handicapped girl on a group holiday in Israel together with her parents. In her novel Isäni rakkaani, 1981, life is presented like a horrible dream in which a woman’s encounter with her absent father and adult sexual roles mingle to become an incestuous drama. In 1994 she published her novel Luonnollinen ravinto. 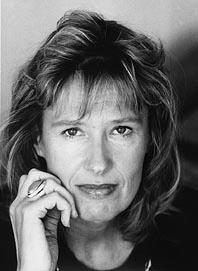