Gunvor Hofmo was born and grew up in Oslo, where her father was a meter inspector, and she attended commercial school. She wrote twenty poetry collections, the first five between 1946 and 1955, the last fifteen between 1971 and 1994, and became an important figure in post-war modernism.

The first five collections should be read from the perspective of the destruction of meaningfulness and humanity of World War II. She was immediately regarded as the poet of her generation, but her work was eventually rejected as obscure, and the gap between the poet and her readers widened. Testamente til en evighet, her last poetry collection before a sixteen-year break, hints at a different theme from war. The main character here is the blind, lonely, and mute child to whom the poet gives a language.

Hofmo’s final phase of writing is characterised by serenity and mature reflection. Whereas passion and pain were prominent in her first poetry collections, she was later more resigned and meditative. Gunvor Hofmo consistently shied the public. Her poetry was like a voice from the dark. 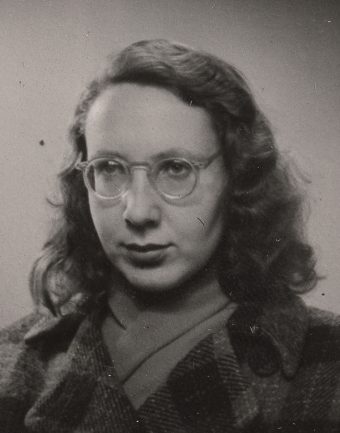