Guðrið Helmsdal was born in Tórshavn, where her father was a ship’s officer. She lived with her family in Denmark from the age of twelve to twenty-six. She trained as a doctor’s secretary and later studied Faroese language and literature and has two children.

Guðrið Helmsdal has written poems since the age of thirteen, and her first poems were printed in the Copenhagen Faroese magazine Oyggjaskeggi in 1958. In 1963, lýtt lot (P) was published, followed by Morgun i mars, 1971, with poems in Faroese and Danish. Her imagery revolves around the sea, the air, and the weather, and nature mirrors the poet’s existential quest. In 1974, she won the Faroese literature prize for her poetry on the grounds that she had paved the way for women poets and had introduced new trends to Faroese poetry. 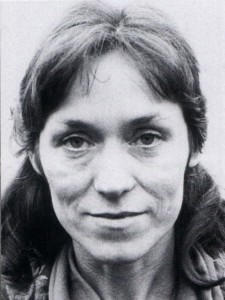