Maria Helleberg graduated in theatre history and worked as a management secretary. Inspired by a classics teacher, she wrote her debut novel Seersken, about Cassandra of Troy. She subsequently wrote a number of popular historical novels set in the Middle Ages, such as Så mange sti vild, 1988, and the sequel Som en vredens plov, 1989.

Mathilde. Magt og maske, 1991, is a literary account of the dramatic fate of Queen Caroline Mathilde, and Maria Helleberg’s biography of Countess Danner, Louise længe leve, 1994, like many of her works, is about a strong and rebellious female personality. Tavs frihed – romerske kvinder, 1996, relates the story of influential women in ancient Rome.

Maria Helleberg has also worked with theatre and radio and attracted considerable attention with her work Pigerne, 1997, a contemporary novel about a group of friends in their forties who are haunted by a suppressed memory from their childhood. In the same year, she published Leonora, a novel about Leonora Christina, and in 1998 she published Lady Hamilton og hendes tid. En biografi om en atypisk kvinde.

In addition to her historical novels, she has written novels set in contemporary society, including Konebytning, 1999, and En andens hjerte, 2001, as well as a large number of books for children and young adults. She has also written Vilde kvinder, milde kvinder : 12 kvindeliv fra guldalderen, 2003, and the biographical work Maria Callas, 2008. 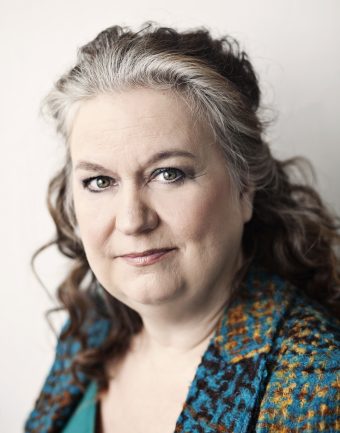