Aasta Hansteen was the daughter of a professor and grew up in Christiania, was unmarried, trained as a painter, and studied in various places, including Düsseldorf.

In 1870 she was one of the first to write about the women’s movement in the Norwegian press in an article in the newspaper Dagbladet, which was signed “By a woman”. Later, she caused a scandal when she fiercely attacked both the church’s and society’s perception of women, writing articles under her own name and, according to Anna Agerholt, the Norwegian author of the history of the women’s movement, excluding herself from Society by publicly attacking a man for breaking his marriage vows to another women.

In 1878 she issued the religio-historical publication Kvinden skabt i Guds billede. During her stay in the USA, 1880-1889, she continued to write for Norwegian newspapers and periodicals and remained an active writer and a polemic almost right up to her death. She became an honorary member of the Norwegian Association for Women’s Rights in 1904. 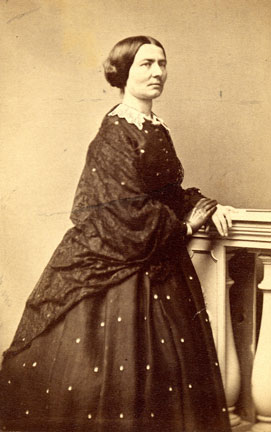