Helvi Hämäläinen came from a family of craftsmen in southern Finland. She broke off her upper secondary schooling, earned a living as a transcript writer and proofreader, was married briefly in the 1930s, and had a son.

After her debut novel Hyväntekijä in 1930 she supported herself entirely through her writing. Her novel Katuojan vettä, 1935, which was based on her own experiences as a young mother during the Great Depression of the 1930s, was a popular success. In her novel Säädyllinen murhenäytelmä, 1941, she describes life in an intellectual, bourgeois milieu. Helvi Hämäläinen began writing poems in the 1940s and here, too, gave expression to the female instinct, inspired by the cultivation of instinct by Swedish literary vitalism and an elementary, primitive feeling of vitality. However, her optimistic tone eventually became darker and more painful, tinged also with aggression and depression with regard to the problems related to being an artist. After twenty years of silence, she published her poetry collection Sukupolveni unta in 1987. 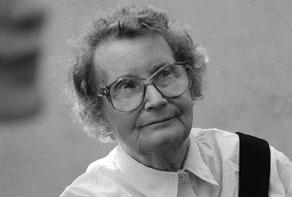