Elsa Grave was born in Scania, where her father was a mining engineer and her mother a housekeeping teacher. She graduated in Romance languages, history of religion, archaeology, and art history from Lund University. As a student at the Isaac Grünewald painting school in Stockholm she came into contact with both artists and poets and also published her own poems. She had three daughters. Following separatin from her husband, she lived on Capri for a while. When she returned to Sweden in the mid-1950s, her home outside Halmstad became a cultural centre.

She made her debut in 1943 as one of Sweden’s earliest modernists with the poetry collection Inkräktare. In Bortförklaring, 1948, her poem “Svinborstnatt”, through which she made a name for herself, introduces the ironically grotesque, which became a major influence in later women’s lyric poetry. An important theme in her writing is motherhood. However, in contrast to the stilted image of the mother that was prevalent in her day, she paints with her ambiguous irony a picture of the terrible mother who often carries out her maternal duty in anger and sorrow, as in Den blåa himlen (P), 1949, and Mödrar som vargar (P), 1972. In parallel with the theme of motherhood, she builds up a sharp and passionate attack on consumerism, environmental destruction, and re-armament in publications such as Hungersöndag (P), 1967, Slutförbannelser (P), 1977, and Sataneller (P), 1989.

In her student days she took lessons in musical composition, and her literature, which also includes drama and prose, is often crafted like richly instrumentalised works of music. Her suite of poems “Profan eskatologisk fantasi eller Alternativ udödlighet” in Evighetens barnbarn (P), 1982, is reminiscent of a perfectly crafted choral work about the cosmic dialectic of death and eternity. In later years, she gave readings of her own poems and thus used her voice as her best instrument. 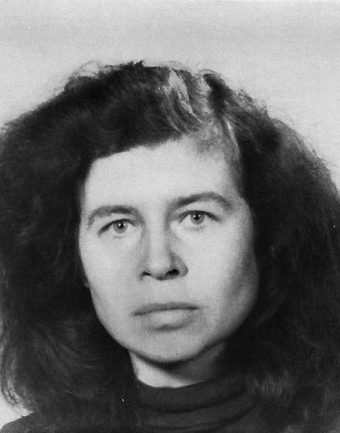